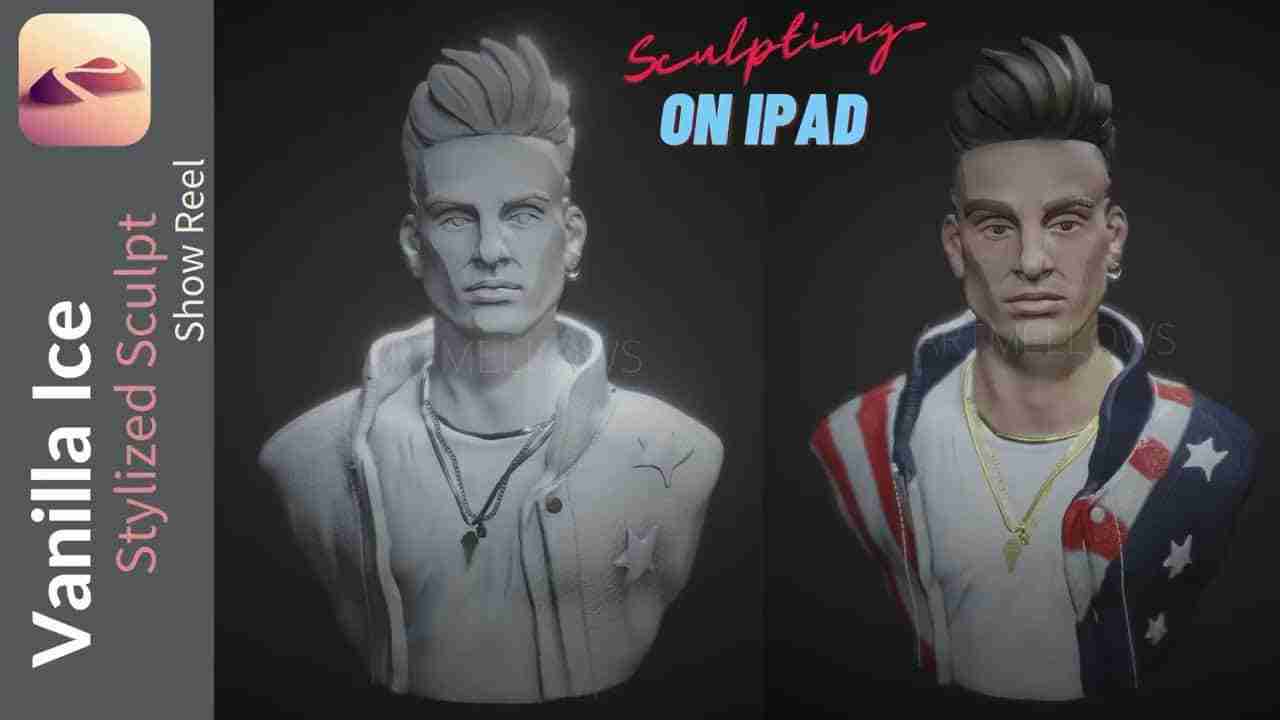 What Is the Difference Between Digital Modeling and Sculpting?
A large number of companies want 3D renderings of their products.

How many of their executives and owners, on the other hand, are familiar with the processes that produce such stunning images? Isn’t it more necessary to focus on the end product, rather than the process?

It’s possible some people have this view, however, it might lead to workflow challenges and misunderstandings when a CGI project is being requested.

Because most individuals don’t understand the inner workings of the 3D business, things that seem clear to a 3D artist may be overlooked.

Clients of a CGI studio, for example, may mistake 3D modeling for sculpting, thinking that the latter is only one of the many forms of the first.

As a matter of fact, 3D modeling is a sort of 3D sculpting, however, the word requires some explanation. So, let’s have a look at what makes them different!

What is 3D Modeling?

Let’s look at the definition of 3D modeling first before we begin our comparison.

The phrase “3D modeling” is used to describe a wide range of computer-aided methods for creating three-dimensional things.

Professionals, on the other hand, use the term to describe a specific way of making computer-generated images (CGIs).

For the uninitiated, 3D modeling may be explained as the process of adding tiny pieces of geometry, called polygons, having three or more vertices.

However, 3D sculpting is a method in which 3D artists work with a polygon mesh of an object like professional sculptors in order to create the final product.

They use digital tools to sculpt, stretch, and carve it, resulting in a stunning rendering of a CG item.

Where is  3D Modeling Used?
Create a virtual three-dimensional depiction of your object with the help of 3D modeling, also known as 3D product design. This is the most useful innovation brought about by modern technology. There are many different applications for 3D modeling that can produce stunning special effects, such as the following:

My new ebook, You can Sculpt Anything-The Comprehensive Guide to Learn Nomad Sculpt is now available on Amazon! So XCiting!!

Get eBook On Amazon

What is 3d Sculpting?

It’s easy to produce realistic-looking sculpts thanks to software that has brushes and tools that can push, pull, squeeze, and smooth.

There are a variety of sculpting applications that allow artists to work with either a pre-existing model or from scratch.

Also Read: What is the point of digital sculpting-Things you should know

So, what’s the Difference Between 3d Modeling and Sculpting?

Well, Is there really a huge difference between them now that the terminology has been defined?

Both 3D modeling and sculpting, after all, result in visually pleasing final products.

When it comes to creating 3D models, the two methods differ greatly.

At a sub-object level, standard-modeling objects can be tweaked. In other words, the item’s polygon mesh may be reshaped by the artist using its vertices, edges, and faces. There is nothing like a sculpted model in the world.

This increases the size of the file and makes it more difficult to work with.

Sculpting differs significantly from modeling in that it needs a different set of abilities in order to achieve the same results.

The former relies on geometry and exact calculations, whilst the latter demands a more aesthetic approach to the process.

3D sculpting is also more susceptible to errors, which necessitates a higher level of care and attention from experts.

What Is the main Difference Between Modeling and Sculpting?

A sculptor may alter the polygonal mesh of any item by employing tools that look like brushes.

Natural materials are used to make the tools, which allow for gentler labor.

Furthermore, although creating difficult, angled items (such as a chair) is not impossible, it requires significantly more time than modeling.

When creating organic objects such as people or tree trunks, it is better to employ sculpting techniques.

Sculpting enables the artist to achieve remarkable degrees of detail in the texture of the subject through the application of pressure.

Because of the complexity of the mesh, sculpts must be Retopologized before they can be used in another software.

In recent years, this procedure has grown increasingly automated, making it simpler for newcomers to get into the industry.

3D modeling and sculpting are two aspects of the same process.

Depending on whether the work will be utilized for animation, it will be modeled first.

The model will be transferred to a sculptor for more details, and an animator will then animate the model using a low-resolution version of the model.

This procedure will conclude with the sculpt being overlaid onto the animation and then produced in 3D.

Thus, the final appearance is achieved by utilizing the least amount of computational resources possible.

The benefits of using 3D modeling and sculpting

Some of the Disadvantages of utilizing 3D modeling and sculpting

The increasing frequency with which physical mockups and models are being replaced is one of the disadvantages of 3D modeling. There are times when getting your hands on the model is essential for getting a sense of its texture and the materials it was made from.

Instead, the widespread adoption of 3D modeling software has lagged because of its prohibitive cost.

Sculpting is Quite a difficult process and It’s possible to employ way too many polygons. There is an abundance of curved and asymmetrical components present.

How Much Time Is Needed To Become Skilled At Sculpting?
Answer: If you only want to learn the fundamentals, then you will only need 100 hours of instruction, but if you want to learn everything there is to know about sculpting, then you will need between 200 and 300 hours.

Does Sculpting Require More Difficulty Than Modeling Does?
Sculpting, not 3D modeling, is the more difficult of the two.

How Much Time Is Needed To Learn Three-Dimensional Modeling?
You will be able to master 3D modeling if you commit to studying consistently for at least one hour each day.

Which Is Better: Modeling Or Sculpting?
Because of the level of expertise required for sculpting, beginning 3D artists may find that modeling in 3D is a more approachable medium to work in. However, for your own good, you should get some sculpting practice first.

What is 3D sculpting Used for in Reality?

Digital Models may be created with smooth, organic curves and lines by sculpting using 3D software.

Programs/Software for 3D Sculpting that is widely used

ZBrush.com is the most well-known and commonly used sculpting program/App on the market. As a result of its user-friendly toolset and straightforward interaction with 3D applications, it is widely used throughout the 3D industry.

Also Read: Zbrush Vs Nomad Sculpt which will you use :A Beginners Guide

The sculpting program known as Nomad Sculpt is compatible with both the iPad and Android operating systems. If you own an iPad, you’ll be required to pay for the app before you can download it.

On the other hand, it is available for free download on Android, and you may unlock the tools by making in-app purchases. (There are very few features available in the free edition.)

Blender( Free) – An ultra-realistic rendering system that features modeling, sculpting, simulations, video editing, and rendering on both the GPU and the CPU.

Who Uses Blender?
A design and animation platform that helps businesses of any size with rendering, modeling, visual effects (VFX), simulation, and video editing.

Forger (Paid): Forger is an app that can only be used on the iPad and what sets it apart from other similar apps is that it supports multitouch sculpting. It is possible to import and export created products as OBJ files, and it comes with a variety of brush types.

You can further improve the quality of the sculpture by using tools for sculpting that are of a high quality that allows you to modify the mesh.

Also Read: Forger 3d vs Nomad sculpt- which App should You use

Mudbox.com is a close competition and is more popular with novices than it is with experienced players.

Although the learning curve is less steep than that of ZBrush, it does not have the same range of brushes and toolsets.

In addition, Mudbox is compatible with other Autodesk products, such as Maya and 3DsMax.

Sculptris is a free sculpting application developed by the same firm that made ZBrush.