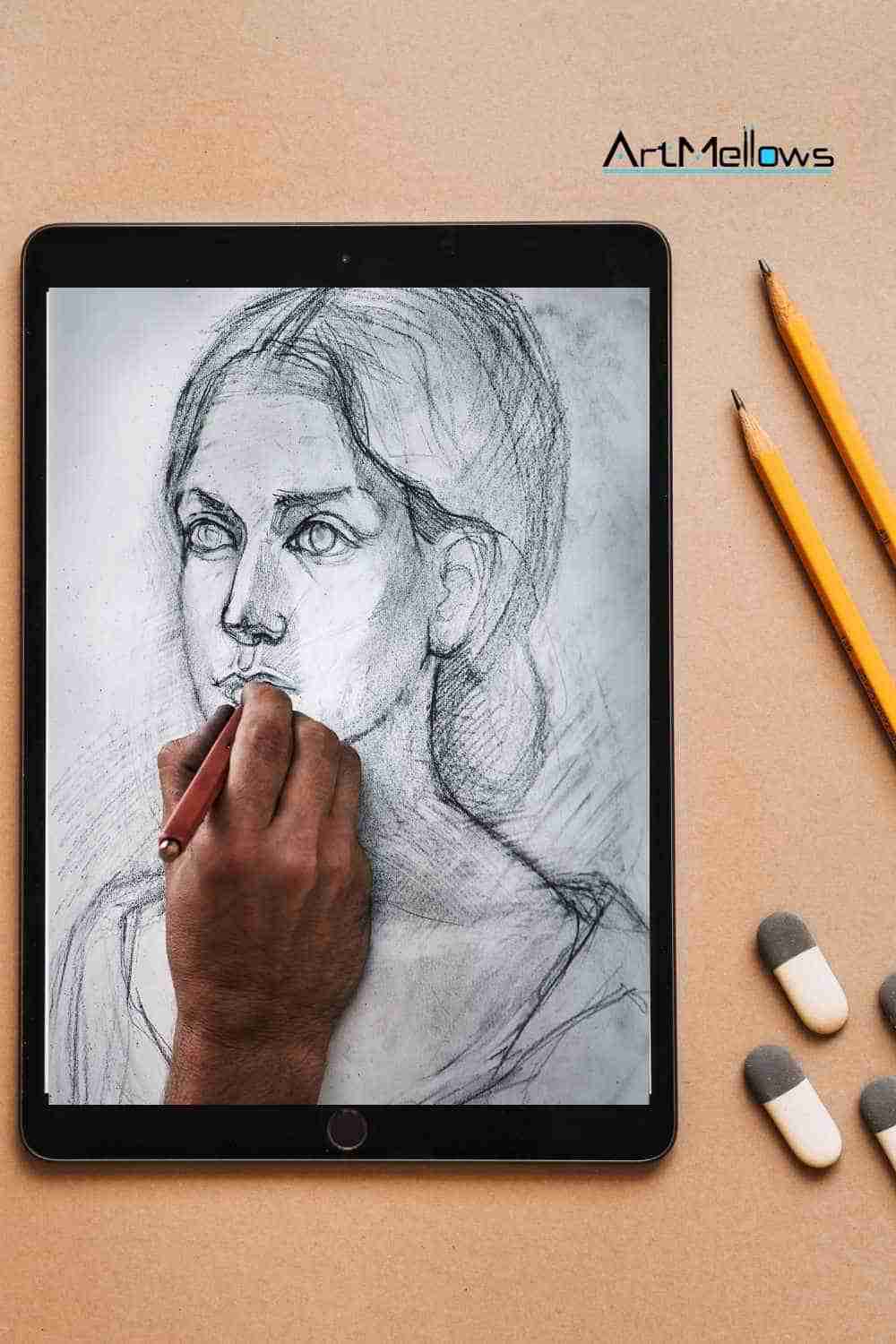 Does Procreate Only Work with the Apple Pencil?

A stylus surely is required to utilise Procreate, a raster graphics editing tool for graphic drawings and digital artwork that is compatible with the Apple Pencil.

However, you can use your fingertips to draw on procreate by Disabling the  Touch Actions button also under the  Smudge and Erase tabs in the Gesture Control Panel ” Touch” is turned off.

In any case, given that Apple pencil is the best suitable stylus to use on procreate( If you want hassle-free artist life), this makes us wonder whether or not Procreate, which is now available exclusively for iOS devices and can be used with anything other than the Apple pencil.

According to Procreate support and their website, the Logitech Crayon & Adonit Note+  are the only 2 immediate alternative choices, and it can only be used with an iPad and an Apple pencil, making it a more limited option.

Taking anything less than this is merely a band-aid solution that has limited effectiveness.

Why Not you use any stylus?

If you are trying to find the finest Procreate stylus for iPad Air/Pro, let me tell you many digital artists are unaware that the iPad’s Procreate applications function best with two kinds of stylus pens: active and passive.

The active stylus is often used by digital artists since it enables pressure sensitivity in your Procreate drawings and paintings. This implies that you may regulate the thickness of the brush strokes or lines when you apply pressure to the brush handle.

Even though Procreate doesn’t recognise all stylus pens, even those labelled as active, you can use any capacitive or magnetic field passive stylus with Procreate, without the need for a Bluetooth connection.

Having said this,  procreate does not leave you with many options when it comes to a stylus – As high-quality technology Digital pencils are necessary for professional-level digital art creation.

There is a lot of time and money wasted ( those 3rd party styli are not very cheap either) in producing high-quality art or increasing drawing skills using inferior/substandard styluses; the results are typically unsatisfactory.  There is nothing wrong with that stylus, Just that the selected Stylus are not suitable to use with procreate.

Like drawing with an inadequately sharp pencil tip, it would be impossible to use a stylus that does not fulfil the minimum hardware requirements, such as pressure sensitivity, smooth traction, tilt support and so on.

If you can afford it, the best alternatives for the Apple Pencil are the Logitech Crayon & Adonit Note +, because as a Digital art professional you should be sure that the pen you pick is compatible with Procreate.

The latency, or lag, between the time the stylus is pressed down and the actual Procreate action, should be as little as possible.

To compensate for the errors made by a substandard stylus, you may establish a set of habits that may show up badly later on in your final artwork which may not be Complimenting.

As a rule, you should only use Procreate with styluses that the App itself has approved as being suitable for usage with it for a better-quality digital artwork.

It’s preferable to save your money for an Apple Pencil or  Logitech Crayon or Adonit Note + if you can since other third-party styluses are still hit or miss with the current version of Procreate.

Which third-party styluses can I use with Procreate if my Apple device is not compatible with Apple pencil?

Most of the iPads are compatible with Apple pencils. However, few of them are not.

For the iPads that are not compatible with Apple Pencil Like the iPad Air 2, iPad mini 4, and 5th generation iPad, Procreate may be used with the following active style if your device is not Apple Pencil compatible:

It is possible to utilise any capacitive or magnetic field passive stylus with Procreate, without the requirement for Bluetooth connections( Source: Procreate)

Which is the best & perfect stylus to use with Procreate?

You Guessed it right! Apple Pencil it is.

Apple Pencil is compatible with many iPad models is the only genuinely outstanding iPad stylus. It’s better to use the Apple Pencil with the iPad than any other stylus since the two are built to work together.

Why Apple pencil is the Best Option for procreate

Tilting and pressing the Apple Pencil detects even the tiniest of changes. The way that Procreate brushes react is influenced by this input. As an example, you may use the Apple Pencil’s pressure sensor to control the brush size.

Alternately, you may link opacity to brush tilt to get this effect. So when you hold your brush straight, you get a firm line, but as you tilt your pencil, that line progressively goes away.  And there’s so much more you can do.

Scattered light or colour shift as a result of movement or pressure. In fact, based on the input from your Apple Pencil, you may even choose between two distinct brush textures.

The combination of Procreate brushes with the Apple Pencil may produce a wide range of effects. With a plethora of options to choose from, the possibilities are endless.

Since Apple didn’t intend the iPad to be used with a stylus, all third-party iPad styluses are just workarounds.

Third-party styluses have a tough time with the iPad Air 2 and iPad mini 4 because of changes in the screen technology.

However, this does not imply that you will not be able to locate a stylus that works for you, but you’ll need to do some research before making a purchase.

The best cheap iPad stylus for budget users Or even beginners. Remember: Instead of pressure sensitivity, cheaper alternatives employ tilt sensitivity to simulate it, which is not ideal for professional-level artwork, but all of the other characteristics perform fairly well as a Procreate pen.

For Procreate, which doesn’t have Bluetooth pressure sensitivity, this is an excellent stylus this implies that while using Procreate, pressing harder will not result in larger or darker lines.

Unlike a traditional pencil, this one has pixel-perfect accuracy. Stylus development is the primary goal of the New Gen.

The 1.5 mm tip of the pen provides a precise writing and sketching experience, and it gives you a realistic drawing or painting experience.  The palm rejection feature also allows you to lay your hand on the screen.

In terms of shading, it has tilt sensitivity, but no pressure control. This pen is perfect for iPad Procreate projects if you’re alright with it.

When it comes to pressure sensitivity, the lower-cost pen may not work for many artists working with Procreate. Well, there are some promising of third-party styluses at your disposal, However, when it comes to Apple pencil there is no guesswork, or any frustration while using procreate for your artwork.

Instead of pressure sensitivity, cheaper alternatives employ tilt sensitivity to simulate it, which is not ideal for professional-level artwork, but all of the other characteristics perform fairly well as a Procreate pen.

The 1st on the list is Logitech Crayon. This stylus can be used with Use with hundreds of Apple Pencil-compatible apps, which are downloadable in the App Store Including procreate.

Logitech Crayon is not pressure-sensitive, so there is no need to press down hard on the iPad. Just tilt for thicker or thinner lines.

Quick Tips to use Logitech Crayon

I must say this, the Adonit Note + is the only stylus I’ve discovered (After talking to many pro-Procreate Artists that I know) that is actually capable of competing with the sophisticated capabilities of the Apple pencil in Procreate.

The Adonit Note + includes genuine sensitivity pressure for most of the applications, but not for procreate. It does, however, support a Bluetooth connection for exact pressure sensitivity in the majority of other iPad applications.

Many Professional artists do feel that competing with the Apple Pencil for iPad is very tough for any 3rd party stylus pens.

The Note + model is the greatest stylus for Procreate out of all the Adonit pens since it combines the following features:

Bluetooth sensitivity to pressure – works with other  iPad apps, but not very well with procreate, Tilt support, shortcut buttons, Rejection of the palm option and  USB-C Rechargeable

Apart from the pressure sensitivity, the Adonit Note+ is the only pen that many pro artists I have spoken to have Recommended that can rival the greatest advanced stylus for Procreate.