You are here: Home / Artwork / Procreate vs illustrator [Do you need to use both the softwares]

Procreate vs illustrator the differences | Artmellows

Procreate vs. Illustrator : What you need to know. 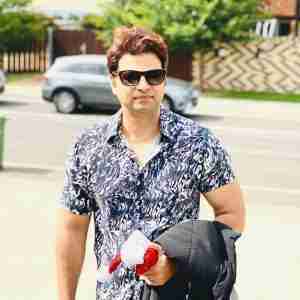 Despite the fact that Procreate is primarily a raster graphics editor, it may also be used for digital illustration and painting.

Many design tools and features are also available that can be readily integrated into vector design parameters.. Let’s take a closer look at both.

Procreate a tool for creating hand-drawn raster pictures. Using this program, digital art has never been the same. The Apple Pencil and an iPad Pro be used with Procreate.

In a nutshell, Procreate is an app for creating digital hand-drawn raster graphics that can be used on a variety of devices, including the iPad and Apple Pencil.

Despite this, it is one of the best drawing programs on the market, although its enlarging capabilities are limited.

Vector-based design and drawing software such as Adobe Illustrator uses no pixels.

One of the most popular apps for artists because of its endless scale and ease of editing, re-coloring, and altering artwork.

Adobe Illustrator is a software program that allows you to create vector designs on your computer (not much of hand drawing involved there).

In spite of the fact that the Adobe Illustrator Draw app can be used on your tablet as a sketchbook before importing it into Illustrator, it is not recommended.

In terms of free-form object creation, both applications shine.

As I use both Procreate and Adobe.com, I’ve often questioned do we need to use both procreate and Illustrator?

In this blog, I am going to write about  “Do I need both Procreate and Illustrator? if so in what circumstances should I be using them”

When should you use Procreate

Procreate is an app that works with any iPad Pro and the Apple Pencil. It can be used to create artwork. This programme has completely transformed digital art, and we are completely enthralled with it.

You should use procreate, when

1. When You are keener on rich and complex colours for your artwork as Raster pictures are capable of creating intricate, multi-coloured displays, including gentle colour gradients.

2. You are NOT working on vector Images  like the logos Etc

3. You are on the GO and want to utilise your free time in artwork without being on the Desktop

4. if you are keen on painting, not the Drawing and also need highly precise & detailed editing.

In fact, Procreate was the most popular Apple software of the year 2018! Featuring over 100 brushes, each of which mimics a distinct tool or material, as well as the ability to download and create your own brushes, this programme gives a realistic drawing experience.

Adobe offers a large selection of software that performs a wide range of functions. Adobe Photoshop and Adobe Illustrator, on the other hand, are the two that I enjoy the most and use the most.

The following features are available in  Procreate: photo manipulation, painting( Rich Colors) and Detailed editing, However,  Illustrator differs from Photoshop in that it is a vector-based tool rather than a pixel-based programme;

Yet, both programmes/Apps are excellent for producing free-form artwork.

Because there are fewer buttons to click and more actions available in Procreate than in Adobe.com, its functions are much more basic than those of Illustrator.

When should you use Illustrator

Design software, such as Procreate and Illustrator, each has their own set of capabilities that make them particularly well suited for particular types of tasks and projects.

You should use Illustrator

1. When you are a professional Digital Artist and Keen on scalable Shapes & Drawings.

In addition, you may use them in conjunction with one another to construct all of the many aspects in your design and prepare it for any form of digital or print output.

For those of you who are unsure which app to employ for your next project, evaluate the tasks for which each app is best suited.

Illustrator allows you to create accurate, editable vector images that retain their sharpness even when scaled to any size in any direction.

Create logos, icons, and other illustrations that look great on a variety of media, including business cards, flyers, and billboards, by utilising flexible shape and drawing tools. Text can be edited and customised in a variety of ways to create visually appealing typography.

Illustrator can be used to create artwork that will be utilised across a variety of mediums and for a variety of forms of artwork, such as custom typography, infographics, and one-page design layouts such as a form or a flyer, among other things.

“Digital design is like painting, except the paint never Dries"

Do you need both for Professional work?

Both Apps seem fantastic, don’t they? In some cases, the accessibility and cost of the product are the deciding factors.

Yes! I use both most of my pro artwork. I do the paintings on Procreate , download them in the JPEG and Import them to Illustrator for scalable Shapes and Drawings.

Both of these apps are easily accessible and may be downloaded without difficulty. However, in the end, it really does come down to personal preference.

Because of the low cost, ease of use, and portability of the equipment, I believe Procreate is a better choice for a novice than other options available today.

Please share your thoughts on which one you believe is the best for a novice, or which one you’d like to try!

However, if you are professional I would suggest using both. This is because Procreate like canva, has limitations and it does not create Vector images.

Procreate or Illustrator for a logo?

When started using Procreate, I tried to figure out if Procreate can handle ‘hard edge’ graphics, such as those used in logos.

I started with the image in Procreate first, but because it needed to be modified so that I could smooth lines and make the artwork more ‘finished,.

To be completely honest, I would never use Procreate to design a logo. You can easily produce incredibly smooth vector-like lines in Procreate by increasing the Streamline parameter to the maximum value, but the result is still a raster image.

A logo should be created in vector format, and Procreate is not intended for this purpose.

Although I frequently use Procreate for sketching and laying out logo concepts, I recommend utilising a vector software of your choice for the final design.

I personally prefer Affinity Designer on the PC, but I also use Graphic on the iPad from time to time. A pen tool, correct typography support, and a variety of export options are all available in any vector software.

When vectorizing your work, I recommend that you avoid using image tracing to construct the logo in order to achieve smooth curves.

Traced images are typically skewed and, well, traced in appearance. When it comes to vector drawing, the Pen tool is your best friend.

Is Procreate a superior alternative to Adobe Illustrator / Photoshop for you?

It all depends on what you intend to use it for. Photoshop is still prefered for complicated graphics and anything that necessitates the use of a grid system (i.e. identity or web design).

Procreate, on the other hand, is a terrific tool for sketching, flat illustration, and anything else that you want to create on the go.

Adobe has long been regarded as the undisputed leader in the field of creative software.

With the release of Procreate for the iPad Pro, many artists have turned their attention to this programme, with high expectations and doubts in their minds.

Can I CONVERT PROCREATE ARTWORK TO VECTOR WITH ILLUSTRATOR

Yes! sure you can. You can convert procreate artwork to vector with Illustrator. Here is how.

However, before trying You should go through some excellent best practices before we get started with converting your artwork from Procreate to vector format with Illustrator.

The first thing to keep in mind is that artwork that is incredibly complex can never be fully translated into a vector format, especially if you’ve included gradient shading, drop shadows, or complicated patterns, among other things.

For the greatest results, use simple graphic work that is high-quality resolution and isn’t extremely detailed in order to achieve the desired effect.

Line art, or artwork with only a few high-contrast colours, will render far more easily in vector format than other types of artwork.

Procreate Vs Illustrator -the Verdict

Adobe Illustrator and Procreate are both excellent programmes, and I do not believe that one can completely replace the other in the long run.

They are very supplementary, and when used in conjunction, they can give a fantastic experience.

You may start your work on the tablet using Procreate and finish it on your desktop with relative ease if you like.

Alternatively, you can develop your artwork with Procreate and then prepare it for printing using Photoshop.

If you are a newbie with a limited budget, Procreate is a programme that is absolutely worth investing in.

If you are already a seasoned artist, Photoshop or Illustrator can continue to serve as your primary desktop software regardless of the situation. Procreate will merely provide you with a greater number of possibilities.

The most important thing to remember about both programmes is that they allow you to produce stunning artwork. In the end, it all boils down to your particular preferences, tasks, and what you find more enjoyable.

In the end, it all comes down to what you’re making and how you want to use it.

Create a vector logo that can be scaled to any size and then produced in any format you require at any time if you need a logo for your business that will be used across numerous media, such as print, digital, television, and product etching, or signs.

Raster files that are capable of creating intricate colour blends and imitating the natural properties of light are necessary for picture editing and digital painting. 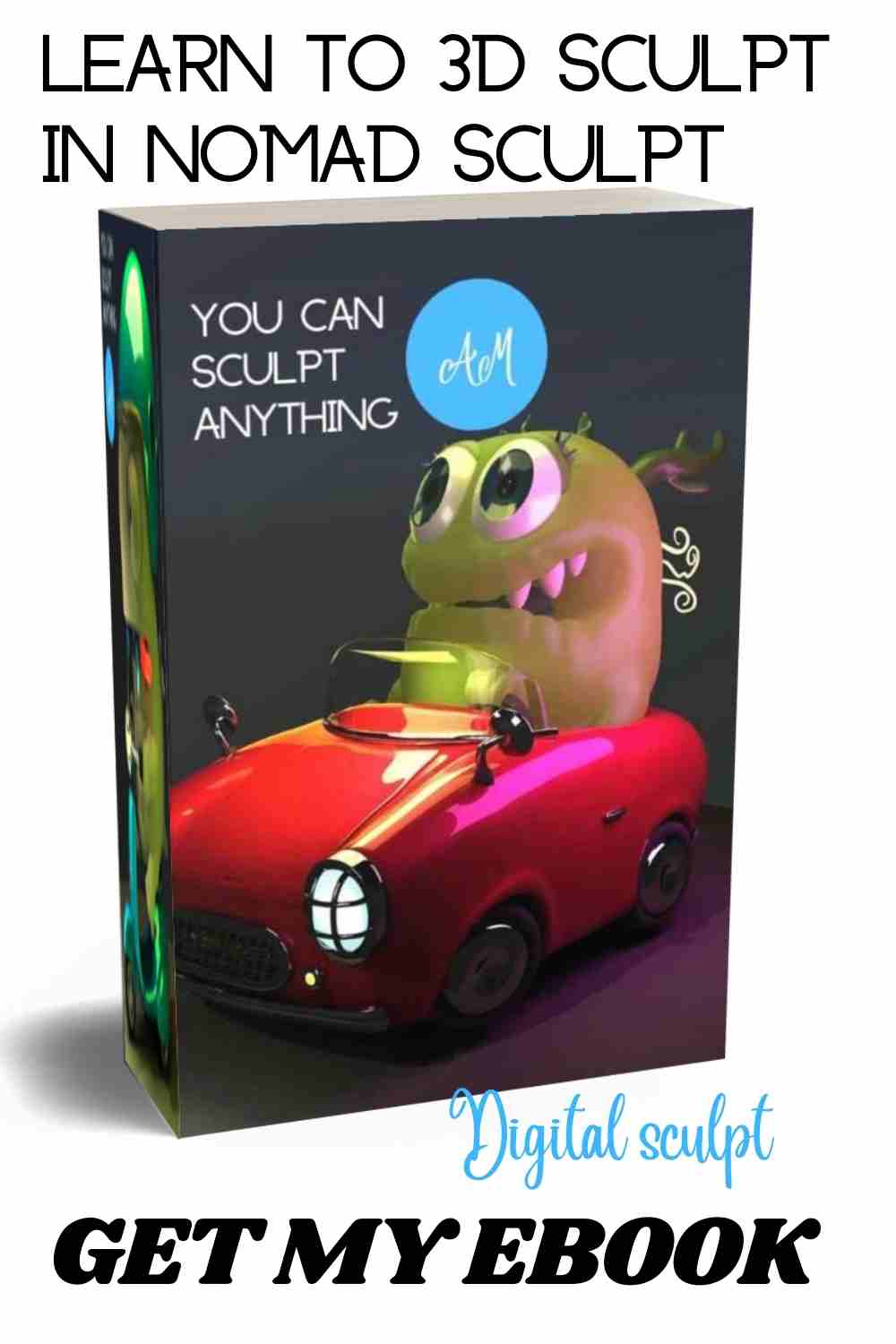 “The object of art is not to reproduce reality, but to create a reality of the same intensity.”

Is Graphic Design Stressful? Hobby Vs. Career
Does Procreate Only Work with the Apple Pencil? Check out some Alternatives 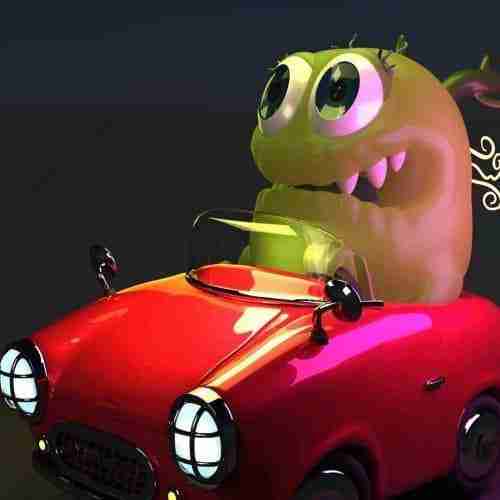 Is Procreate Good for Graphic Design? Procreate App Vs. Photoshop, Which Is Better? 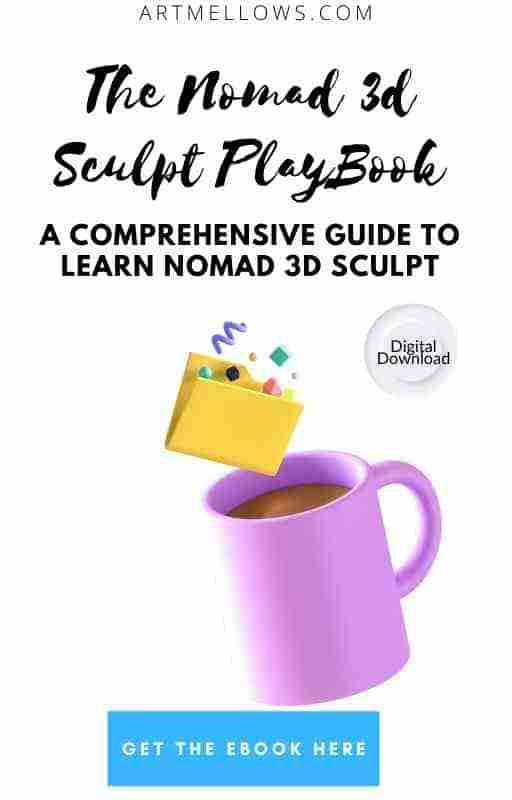 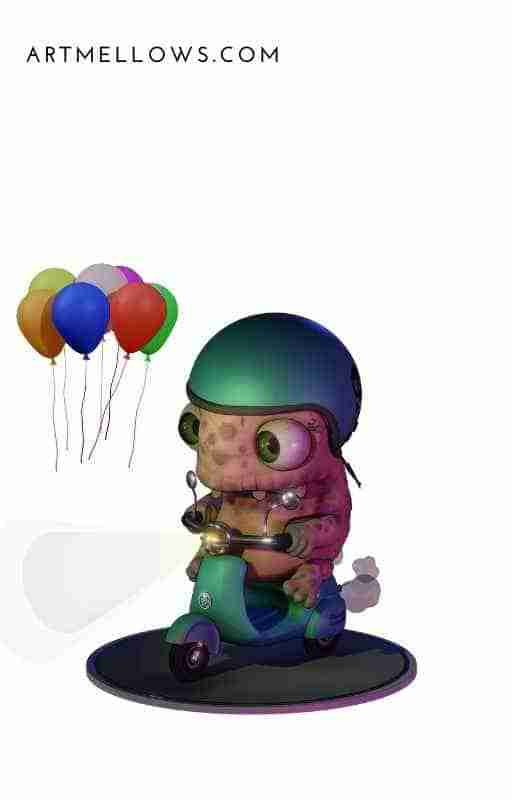