While there are numerous incredible and unique forms of art, they may generally be classified into one of seven categories. It is critical to comprehend each particular area of art in order to appreciate its significance in our lives and history.

The following are the  Eight  categories of art:

Contemporary Art as artists and creatives has evolved over time, from the days of cave drawings to our tech-inspired digital art. Having said that, the categories themselves have remained unchanged.

When you stop to consider it, it’s very astounding. Let us go into each of these seven art forms and learn about their origins.

Researchers have found cave paintings dating back more than 40,000 years ago (source). In those days, there weren’t any art stores to buy supplies. Instead, these prehistoric artists had to rely on whatever they could find.

Drawing & Painting has remained a pillar of artistic culture throughout history. From the Mona Lisa to the Sistine Chapel and Andy Warhol’s Campbell soup cans, it’s hard to discuss our artistic society’s past without including painting.

Below is some of My daughter’s Traditional Drawing work posted on her OfficialNorah Insta handle.

It’s the year 2023, and almost everything has gone digital. There’s almost nothing you can’t do with a little help from technology these days, and painting is no exception! If Are you ready to see what you can make with digital art Software? Once you’ve mastered the fundamentals of digital painting, the (digitally painted) sky’s the limit!

I use mostly Procreate & Adobe Photoshop App on my iPad for all my digital paintings. I use Nomad Sculpt App on iPad to create Digital Sculpts.

Check out some of my Digital drawings using Procreate App.

Sculpture successfully borrows from painting in terms of subject matter and longevity within human history (source).

Traditionally, sculptors worked with rocks, wood, and Mud ( Pottery) that had been carved by master artisans. Digital technology has made it possible to sculpt on a computer screen using specialized software.

The world’s oldest sculpture was discovered in Germany and is about 35,000 years old (source). In its infancy, the sculpture was not just an art form, but also a source of utility.

With the discovery of fire, it became easier to work with clay to create pottery, cutlery, and other tools. However, the sculpture did not end there.

Traditionally, sculptors worked with rocks, <ud, wood carving that had been carved by master artisans. Digital technology has made it possible to sculpt on a computer screen using specialized software.

Expert artists use innovative software to design 3D things on a canvas that allows for the creation of 3D models.

There is either an existing model or a palette of textures and forms that imitate real-life clay and rocky compositions used to create the digital sculptures. Various software tools and brushes are used to fine-tune and mould the basic art sculpture 3D model to the required extent.

Check out some of my work on 3d Modelling using the iPad & Nomad sculpt app. Also, You can 3D print the 3D model made on the software discussed in the list below….

Literature’s first known author dates all the way back to 2285 BCE (source).

As significant as painting has been throughout history, one could argue that literature equals, if not surpasses, that influence. Humans have been harnessing the power of words for thousands of years.

The term “literature” refers to a broad range of written works, including poetry, drama, biographies, fiction, non-fiction, satires, and essays.

With the advancement of technology, increased printing capabilities, and an expansion of publishing, literature continues to grow in popularity as a means of sharing our thoughts, opinions, and knowledge in the modern period.

Whether you’re a die-hard Harry Potter fan or a devoted Shakespeare scholar, literature is an integral part of our artistic life and occupies a prominent position within the seven disciplines of art.

You know architecture is an art form if you have ever seen the magnificent Roman Cathedrals or rumoured in the dramatic arcs of Sydney Opera House.

After being surrounded by the cookies, if you are sceptical about architecture, put yourself on the Travel Channel and absorb some of the world’s most renowned structures.

While we may not consider Stonehenge to be typical architecture, it is an early example of man’s ambition to construct significant constructions.

Architecture, like sculpture, is both functional and artistic. We require structures and buildings to live in, so why not make them beautiful? While not every structure is beautiful, there is little doubt that the most renowned works of architecture are true works of art.

Because film relies on technology, all seven creative forms have their most recent origins.

The world debuted film in 1891 with a kinetoscope, a device that allowed people to watch films at a time. The Lumière Brothers subsequently exhibited the first-ever film to a big group in 1895 (source).

From that watershed moment in 1895, the film has grown into the multibillion-dollar industry it is today.

Special effects, animation, makeup, costumes, scripting, and directing are just some of the skills available. The amount of artistic vision and expertise required to create a single film is remarkable.

Consider how far this art form has progressed in just over a century the next time you go to the cinema.

The theatre history brings us back to ancient Greeks in the 6th century BC (source).

The amazing amphitheatres that we see so perfectly preserved originally were the first stage for performances.

Theatre grew increasingly popular since its first origins in Greece.

Think of Shakespeare and of the famed Broadway in NYC in our present day.

Theatre and performing arts, as well as cinema, rely on a number of types of art to bring a successful presentation together. Put together designers, playwrights, clothing makers, etc.

And theatre is not exclusive to actors. We saw this art form embrace music and dancing, particularly with the development of musical theatre.

Unlike cinema, humanity has entertained itself for thousands of years through theatre and the performing arts. Indeed, it may date back further, but we lack fossil evidence to support this. Who knows what our forefathers and mothers did for entertainment?

Theater, as one of the seven arts, exemplifies the long and significant history of entertainment and social gatherings.

Music was probably part of the life of our ancestors at an early stage of history.

Before the creation of speech, vocal sounds may have played a major part in our communication and survival. Our predecessors have also made instruments of bones, stones and other natural materials (source).

Through the Renaissance, the Baroque period, the Classical period, the Romantic period, and what we now call the twentieth century, music has developed and expanded in religious and secular contexts alike (source).

Whatever one’s opinion of contemporary pop music, music provides an intriguing view into a society’s culture. It will eventually serve as a window into the world we lived in, much like music from the past does now.

Digital painting & Drawing forms the crux of digital art right now and is effectively one of the most practised digital art forms of this era. By this era, I meant the era of technologically advanced machines which come in handy in almost all digital art operations.

With the help of the computer, 2D art can be undertaken professionally, using multiple features that it can entail.

The importance of 2D digital painting for corporate promotion and marketing is evident in the company’s long-term performance.

Digital Sculpt:-How to Get Started with Nomad sculpt – The Complete Beginners Guide

It is a very simple style of digital painting that requires artwork to be visually appealing as well as artistically satisfying. 2D graphics are critical in a company’s marketing process because they generate exposure by expressing the company’s goals and aspirations through artistic depiction.

2D digital painting satisfies this requirement and is favoured over hand drawings, which are prone to errors and might take an eternity to re-do.

The 2D art is digitised and can be edited directly within the programme. To accomplish this, each company hires a highly talented crew of digital artists who are experts in the creation of 2D digital art.

2 thoughts on “Handy Guide to 8 Different Forms of Art” 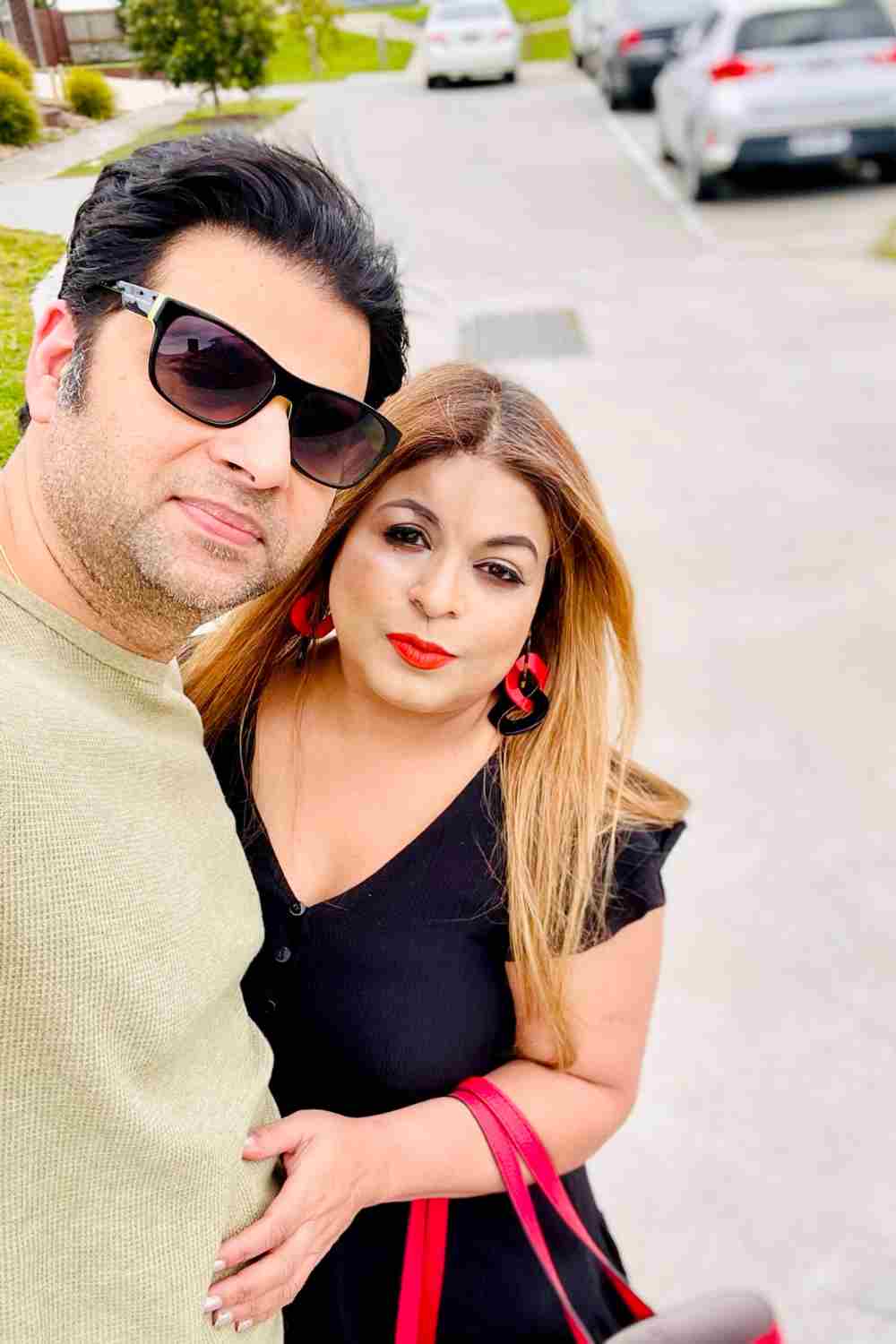 Get in Touch Artmellows Team